I realized it had been a while since I wrote a post and decided it was time to fix that.  😁

September has been a busy month, and since I’m feeling a tad lazy at this precise moment, I’m going to start with a general update before getting into the finer details.

On August 17th, I finished my eleventh novel. It won’t be my 11th published novel, since I’m going to start working up that novel stockpile I’m pretty sure I mentioned. When I realized I was something like 9,000-ish words from finishing it, I knew I wouldn’t be able to concentrate on anything else… so I focused on it. I’ve done a final read-through, completed the additions I noted during the final read-through, and it’ll go out to my editor soon-ish.

If I get three or four novels sitting out there, I may re-create my Patreon… or maybe not. We’ll see.

I am now focusing on The Fall of Skullkeep and Tempus. And no… I don’t have a release date for either one yet. My goal is to publish them by the end of the year, but that’s as close as I’m going to get to announcing a release date.

One change I’m going to incorporate is that I’m going to do a Kickstarter for each novel. The Publishing category on Kickstarter is growing and seeing lots of traffic, and one of my other goals is to make a video game from one (or more) of my series… so I figure it’s a good idea to start building my reputation there for when I want to do a gaming Kickstarter.

I will announce those Kickstarters here, on the Facebook page, and via my newsletter when there’s actually something to announce.

I spent the week of September 11th out west, doing setting research for upcoming stories. The plan was to spend a week in Colorado and then a week in Idaho, and I was shocked and amazed when I found the three locations I wanted in Colorado on my first full day there.

Wasn’t expecting that at all…

On the bright side, though, I’m super-excited to write the series that I’ll be locating in southwestern Colorado. That series is the inspiration for the shared world I’ve mentioned before, and Novel #11 is for the second series in that shared world. I’d really love to spend a year focusing on that shared world, but I’m not going to leave everyone who’s invested in Drakmoor and Primogenitor hanging.

Besides, if I ran off and wrote every awesome new story idea when they popped into my head, ninety percent of my catalog would be series starters at this point… and who wants that?

I’m really glad I took the trip out west, too. Not only did I get to meet one of my writer friends and her husband, but I learned a crucial lesson that–somehow–hadn’t settled into my mind from reading about it and hearing about it.

The western states–here in the USA–are freakin’ dry. I mean dry. I don’t think any of the places I visited actually qualify as high desert, but that didn’t keep me from feeling like I was inside a life-size Ronco Food Dehydrator at times.

(I remember seeing those on informercials all the time when I was a kid, and it was the first thing that popped in my mind. I think I came close to getting a spit take from my writer friend when I used that joke.)

Now–when I start describing the terrain in the new series I’ll be starting soon–I’ll actually describe Colorado… as opposed to the totally incorrect mental picture I had.

I’m too used to West Virginia and its climate and terrain to think I’d ever enjoy living out there, but I can totally see myself visiting Idaho off and on… just to catch up in person with two awesome people I met while I was out there.

Something else I wasn’t prepared for was how flat and how empty the terrain is out there. Now, granted, the case could be made that West Virginia is equally empty in places… but you don’t really see it the same way. Here in West Virginia, almost anywhere you look, you don’t see all that far before trees or hills block your vision. Out there, especially as I crossed southern Wyoming, I drove for miles and miles without seeing anything more than fences, the highway, land, and sky. What southern Wyoming calls a hill might–might–be generously termed a speed bump back here.

I visited Idaho at the wrong time of the year to see Shonshone Falls in all their wondrous glory, so even if I didn’t need to say hi to my friends, I’d go back for that alone. I happen to enjoy waterfalls.

Like I wrote above, I’ve turned my focus back to The Fall of Skullkeep and Tempus, so you can expect to start seeing new posts that chronicle my daily writing progress.

I think that’s all for now. Enjoy the pictures! 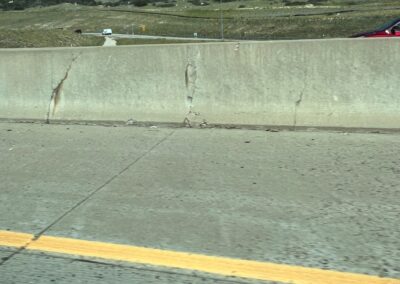 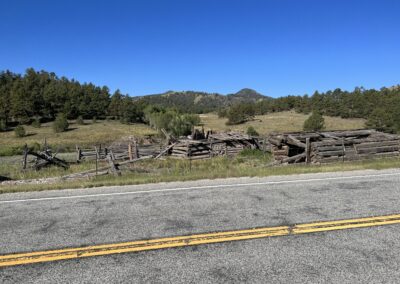 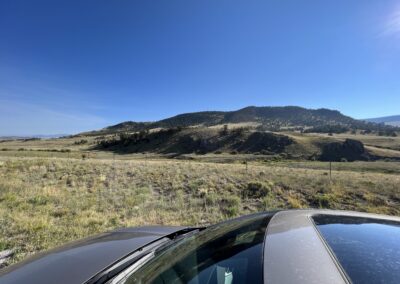 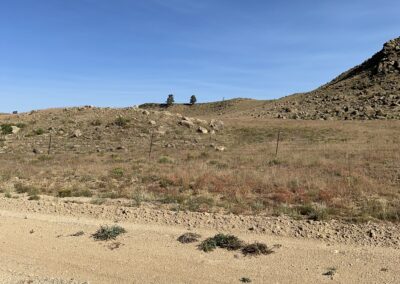 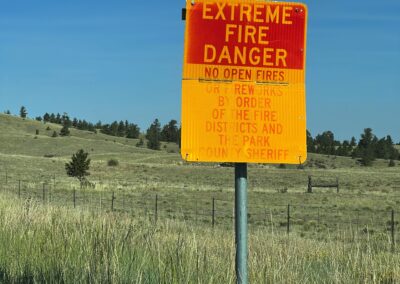 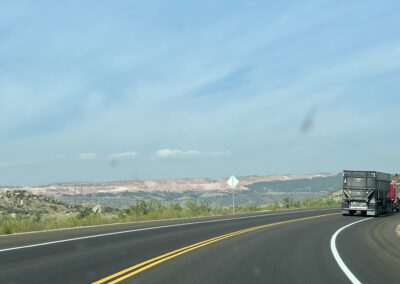 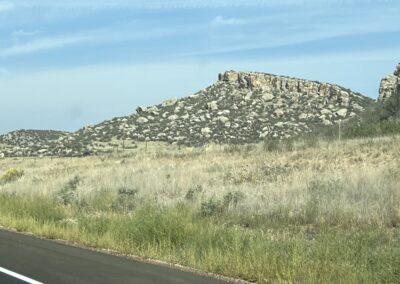 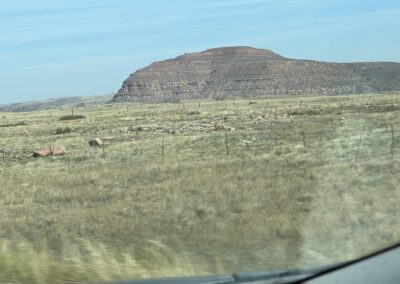 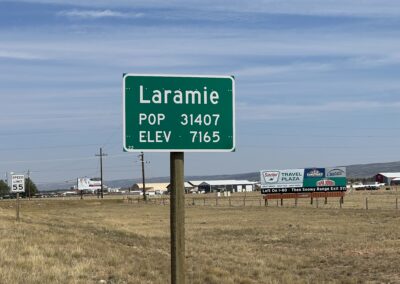 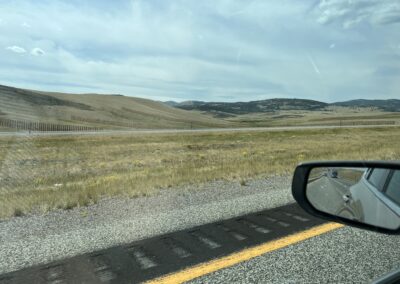 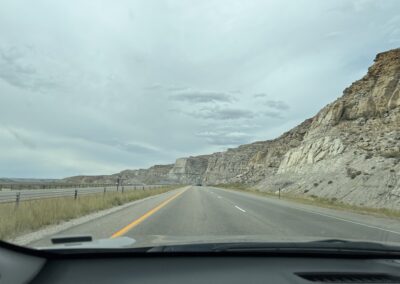 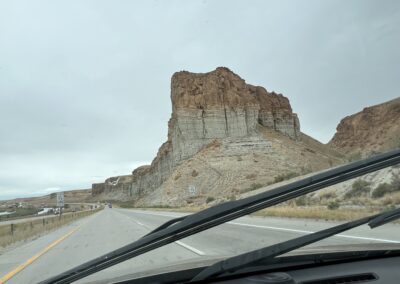 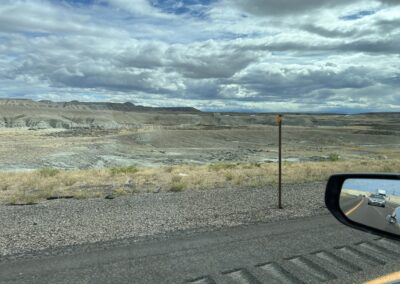 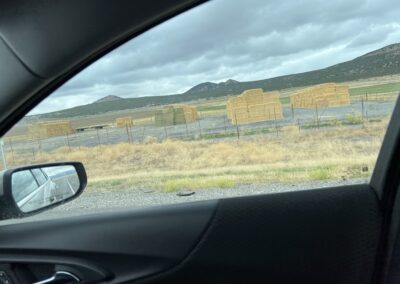 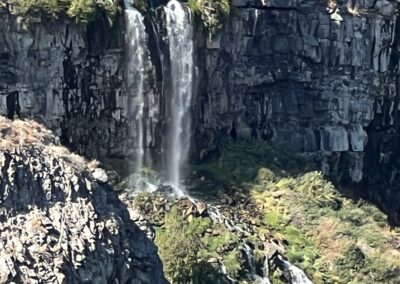 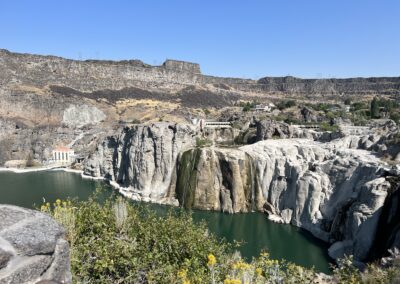 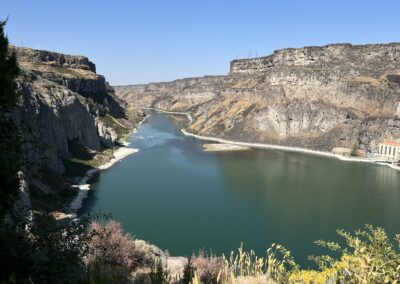